Solve the circuit with the nodal analysis and determine 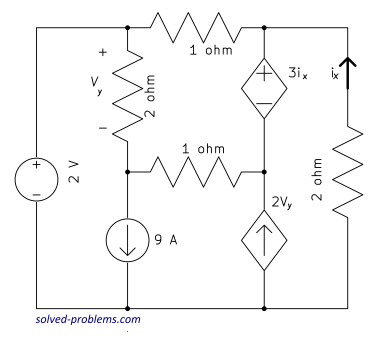 Solution
1) Identify all nodes in the circuit. Call the number of nodes

.
The circuit has 5 nodes. Therefore, 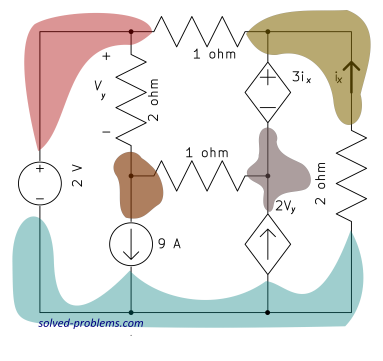 2) Select a reference node. Label it with reference (ground) symbol.
The node at the bottom is the best candidate. It is the node with largest number of elements connected to it. 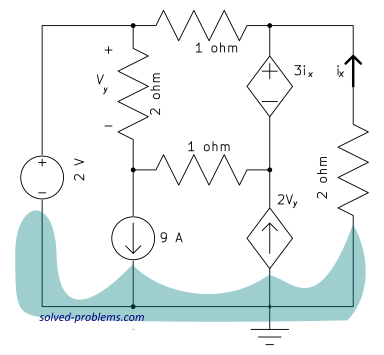 3) Assign a variable for each node whose voltage is unknown.
Four nodes are remaining: 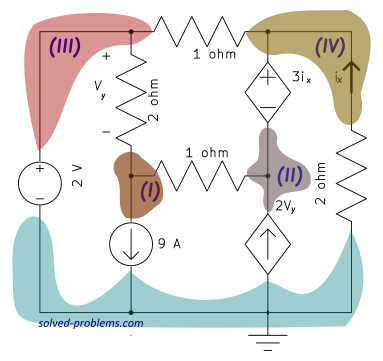 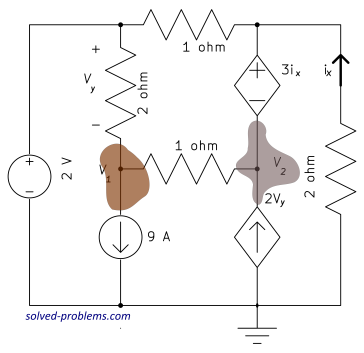 For node IV, the 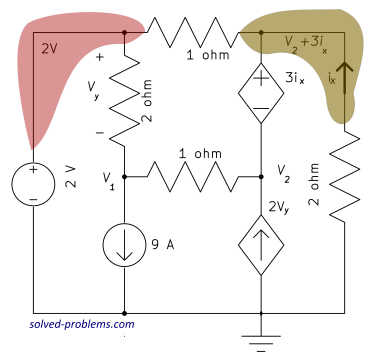 4) If there are dependent sources in the circuit, write down equations that express their values in terms of other node voltages.
The voltage of node III is

. On the other hand

is the current of the

resistor in the right hand side. Using the Ohm’s law:
voltage of the

Consequently, the voltage of node III is

.
Note that we always write unknowns in terms of node voltages in nodal analysis. 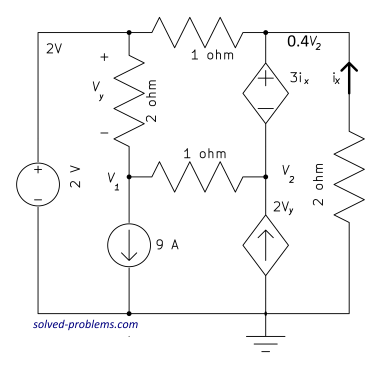 . You can verify this by applying KVL around the loop consisting of the reference node, node I and node IV.

5) Write down a KCL equation for each node by setting the total current flowing out of the node to zero.
For node I: 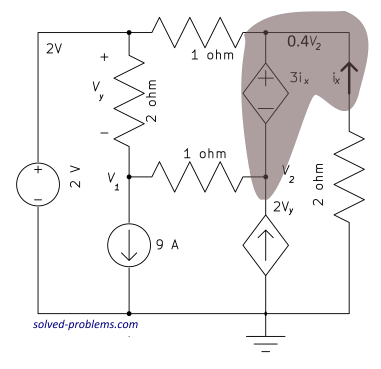 Solving the set of equations Eq. 2 and Eq. 3 results in